Physical GCLD branches are open to the public with reduced hours (more info). 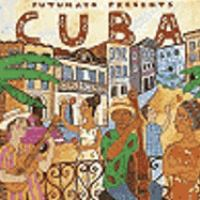 Description
Cuba wasn't the first Afro-Cuban compilation that Putumayo released in the '90s. Latino! Latino! had focused on Afro-Cuban sounds from artists in locations ranging from Africa to South America, while Afro-Latino examined the parallels between African and Latino artists. On Cuba, Putumayo's main focus is on salseros who were active in Cuba in the '70s, '80s, and '90s. Some of the groups included on Cuba go back much further than that -- the Septeto Ignacio Pinero was formed in 1927, while Orquesta Sublime (a charanga band) was formed in the '50s, and los Guaracheros de Oriente go back to 1940. Cuba favors more recent lineups by these groups, which have gone through their share of personnel changes over the years. (Most, or all, of Pinero's original members are dead). But this CD doesn't focus exclusively on veteran acts -- Mi Son (heard on "Mecanica de Amor"), for example, was formed in 1992. Irakere, the salsa/Latin jazz explorers heard on "Boliviana," came out of the '70s and gave us such improvisers as Paquito D'Rivera and Arturo Sandoval (both of whom defected from Cuba and became U.S. citizens). "Boliviana" is an ode to a Bolivian woman, and the song fuses Afro-Cuban and South American elements in a most appealing way. Boasting comprehensive liner notes and enjoyable performances, Cuba is among the many compilations that Putumayo can be proud of. ~ Alex Henderson
Also in This Series

From the Music Recording